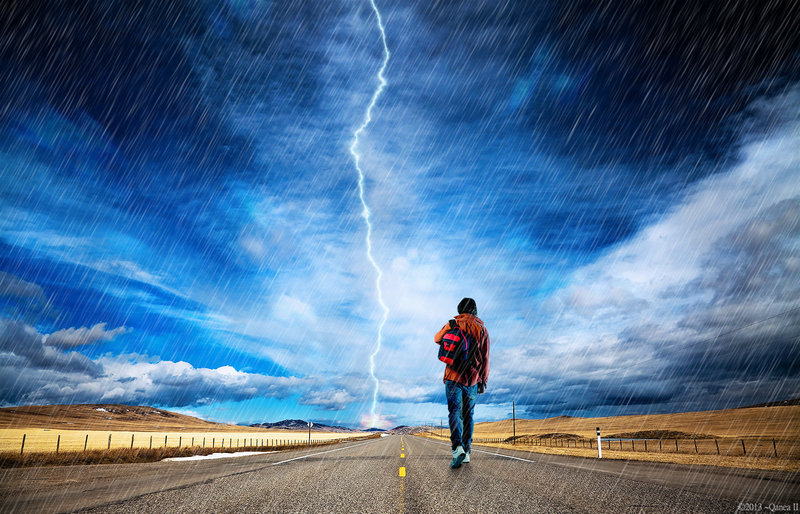 How did we stray so far from the truth? When did this all start? Why can’t we feel confident in our relationship with God outside the walls of a church? Why do we need the affirmation of a movement or a prophetic word to believe we are on the right track with the Lord?

I asked these questions over and over again and found the answers and more were right in front of me in the pages of my bible all along. Warning me, calling out to me, even begging me not to fall into the allure of the traditions of man or allow them to take the throne of adoration in my life. The bible showed me that it is natural for our sinful nature to follow after form and fashion.

We believe we have biblical faith but our heart still strays after the things our eyes can see.

Just like when the children of Israel asked Samuel to anoint a king as ruler and representative of God’s divine presence, we utterly pushed the omnipotent unseen God aside and traded the Creator for the created. You can see this so alive and obvious in the beliefs that have been adopted by the most widely spread religion in the US, Catholicism. This religion is popular because it takes a mere mortal and places them in the place of mediator between God and man, completely pushing the role of Christ aside and giving it to Mary. She is someone whom they can grasp and relate to, thus nullifying the cross of Jesus or the need for His blood for the remission of sins.

Matthew 23:9 “And do not call anyone on earth ‘father,’ for you have one Father, and he is in heaven.”

We as Christians have followed after a less obvious example of this by replacing our personal relationship with Christ with a contrived institution that we so confidently refer to as the Church. We do so even though throughout scripture we are told that God does not dwell in buildings built by the hands of men (Acts 7:48), and that we as the saints of God are the living stones that make up the True Church of Christ (1 Peter 2:5). As we grow more and more accustomed to our ritual of Sunday morning services and our reliance on the affirmation of a man we call Pastor or Teacher we grow less and less dependent on the Cross and the need for Christ’s blood for the cleansing of our sin, or the sound of His voice guiding us and directing us in all truth. The bible says that it is the little foxes that nibble away at the fruit on the vine (Song 2:15), meaning that it is the subtle occurrences over time, that eventually eat away at any good fruit that has grown by the Spirit. Have we traded our relationship with Jesus for tradition? To find the honest answer to this ask yourself these questions:

1. Do you feel like God is unhappy with you if you decide to stay home instead of attend church on Sunday?

2. Do you measure how you are doing with God, on how others respond to your outward displays of Christianity?

3. Do you feel that the only way you can stay on track with God is to attend Church regularly?

4. Do you feel unless you make a conscious effort to read your bible a certain amount of time that you are not fulfilling your responsibilities as a Christian?

5. Do you feel guilty when you decline a request to volunteer at your church?

6. Do you feel as though you are not covered spiritually if you are not part of a church fellowship?

Where does the basis for this type of thinking come from? Is there any biblical foundation for any of these feelings? If you take the time to closely examine the scriptures, you would find yourselves just as shocked and amazed as I was when I set out to discover the truth.

I, in all my desperate and sincere efforts had traded God’s truth for tradition.

I was shown through the numerous stories in the Old Testament that the children of God would almost predictably, turn from their faithfulness and begin to follow after foreign teachings, which of course eventually led to the worship of other Gods. Everything from fashioning cakes after the Queen of Heaven to offering foreign fire before the alter of the Lord can be found it the pages of these books. These things are still prevalent among the children of God today. Much more subtle in its persuasions, but still the same spirit at work none the less in the practices of modern church. Paul talked about the secret work of iniquity at work in the church, and it being revealed at the appropriate time (2 Thes 2:7). Why do you think that Paul spent so much time warning the believers not to follow after another Jesus or to even listen to another Gospel than the one that he preached? (Gal 1:8) Do you suppose that even back then, there was the constant threat of falling for a counterfeit? When did the gospel message turn into a profitable business a fortune 500 one at that? I can’t help but be drawn to such scriptures as this:

1 Timothy 6:3–10 — If anyone teaches differently, and does not consent to sound words, those of our Lord Jesus Christ and the teaching according to godliness, he has been puffed up, understanding nothing, but is sick concerning doubts and arguments, out of which comes envy, strife, evil-speaking, evil suspicions, meddling, of men whose mind has been corrupted and deprived of the truth, supposing gain to be godliness. Withdraw from such persons. But godliness with contentment is great gain. For we have brought nothing into the world, and it is plain that neither can we carry anything out. But having food and clothing, we will be satisfied with these. But those purposing to be rich fall into temptation, and a snare, and many foolish and hurtful lusts, which plunge men into ruin and destruction. For the love of money is a root of all evils, by means of which some having lusted after it were seduced from the faith, and they themselves pierced through by many pains.

Doesn’t Jesus clearly state in His word “Freely you have received, freely you must give?” Matthew 10:8 How can the church justify selling its merchandise, and claim tax-exempt status when clearly they are selling wares and we are being charged for them? Oh but they cleverly mask it behind the terms “Love Offering” or for a “Gift of $20.00 or more.” They are still charging and making a profit off of truth (if it really is truth?) that they received freely by the price Jesus paid on the cross for them 2,000 plus years ago. The temple of the Lord has indeed become a Marketplace and a den of Thieves!

And why must there be so much emphasis on positions of authority? Didn’t Jesus teach us that this must not be so among us who believe? (Mark 10:42–43) so many so called Christian movements today place so much emphasis on the seating arrangements at the table of the Lord, that they forget the whole reason why we were invited to begin with, “To sup(dine) with HIM!” (Rev 3:20) so why do so many get hung up on where their place card is positioned at the table? Didn’t we see this very scenario played out in scripture with the sons of Zebedee and their desire to have seats of honor at the right and left side of Jesus when He would come into His glory? (Mark 10:35) Do you remember the point that Jesus was trying to make to them after they made such a request? Let me refresh your memory: He was saying that everything that they knew concerning honor and authority, and governing rule was going to have to be cast aside because it didn’t line up with the principles of truth in the Kingdom of God. Jesus was saying that the seating positions of those who are called to share in his life, death and resurrection were pre-determined designations not meant for any man to ponder or even request. Jesus also redirected their thinking concerning greatness in the Kingdom by telling them that the greatest among those that believe would be the servants (Luke 22:25). Actually, that scripture in Greek reads more like this: Whoever is determined to be great in position among you must be your servant (diakonos), which literally translated means waiter or attendant that serves at a table or other menial duty. In Mark 10:44 Jesus goes on to say that to be considered the best at servant hood means being a slave to all!

Now, let me see a show of hands of those that still are consumed with positions of greatness and authority? When examined in the light of truth these words of Jesus bring back into perspective a covered over truth that has been carefully swept under the rug of religious piety and the recognition of man.

When you are a servant of God, you are merely acting as a waiter, serving and administering what God has carefully pre-prepared for those who would receive of HIM. Let me ask you this? How many waiters or waitresses do you see cooking the food in the kitchen and serving it to you at your table? My point exactly, you don’t really, that’s because their job is to serve the food and not to prepare it, that job is reserved for the chef alone. I believe much of the blame for the straying from the truth can be directed to servants (waiters) that try to play chef and put their hands on what has already been prepared by the Lord. These men take truth that has been freely revealed and kneed in tradition and doctrines of man, (which is the yeast of the Pharisee’s that Jesus warns us about and then sell it in their market places). (Matthew 17:4)

I just want to see people get back to a true and personal relationship with Christ that isn’t tainted or gauged by the doctrines that are formed and fashioned by men that desire positions of authority or lavish outward displays of what men would consider blessing. I think that in light of just these few small examples that have been laid out, we can conclude in all humility, that we have strayed from the fundamental message of Christ and been subtlety swayed into the conformity of the modern Christian status quo.

Psalms 12:6 The WORDS of the Lord are like silver that has been refined in a furnace of clay, purified 7 times.

The Wisdom of God is like Gold that has been refined by the fire 7 times.

I pray that this article has you thinking, and has challenged you to investigate the scriptures in all their fullness to either prove me wrong or prove them right…