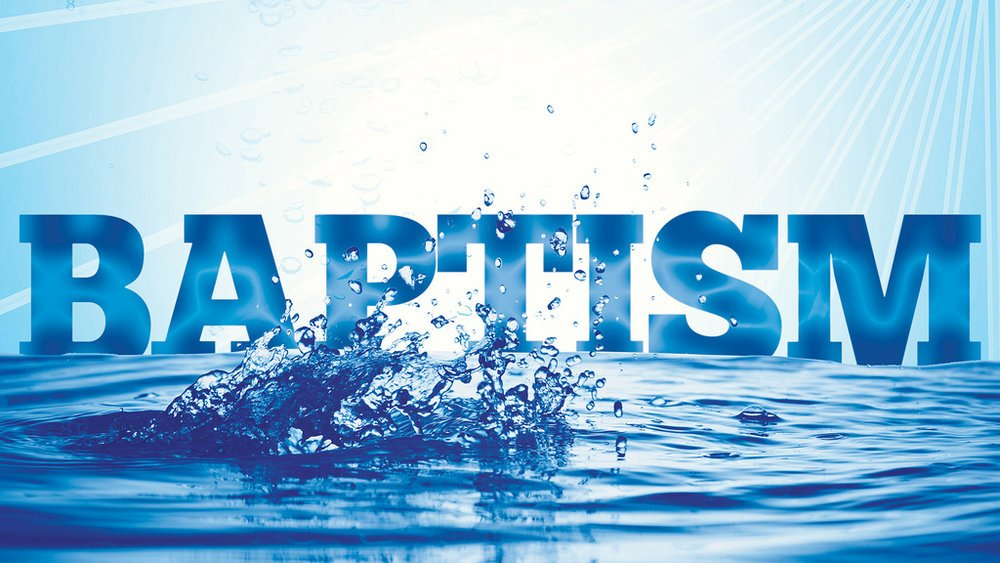 To start this article off I want to familiarize everyone with the words the New Testament uses to describe this word “baptism”.

G907 baptizō to dip repeatedly, to immerse, to submerge, to wash one’s self, bathe, to overwhelm. It describes the action of baptism.

G908 baptisma immersion, submersion, of calamities and afflictions with which one is quite overwhelmed. It describes the purification process.

G909 baptismos a washing, purification effected by means of water, ceremonial washing prescribed by the Mosaic law. This word is only used 4 times in the New Testament. It describes the washing of hands, cups, pots, brazen vessels and tables. Jesus called it “the traditions of men” in Mark 7:8 and Paul called them “carnal ordinances” in Heb 9:10.

Mat 3:16  And Jesus, when he was baptized, went up straightway out of the water: and, lo, the heavens were opened unto him, and he saw the Spirit of God descending like a dove, and lighting upon him:

I would like to draw attention to the fact that Jesus had already been “baptized” by John in Chapter 3 when He asked the sons of Zebedee this question concerning a future “baptism” that He must endure.

Luke 12:49-51  I am come to send fire on the earth; and what will I, if it be already kindled? But I have a baptism to be baptized with; and how am I straitened till it be accomplished! Suppose ye that I am come to give peace on earth? I tell you, Nay; but rather division:

There are three distinct “baptisms” spoken of in the New Testament and expounding on their purposes and meaning is the entire objective of this article. Let’s dive in together!

Mat 3:11  I indeed baptize you with water unto repentance: but He that cometh after me is mightier than I, whose shoes I am not worthy to bear: He shall baptize you with the Holy Ghost, and with fire:

As we can see from this verse, it describes the very process that Jesus Himself would have to go through. Jesus was baptized in water, then received the baptism or rather the empowering of the Holy Spirit, then proceeded into the desert to begin His baptism by fire. Jesus was the PERFECT example to us all, and showed us how the Father, through the power of the Holy Spirit helped Him overcome the world.

Mat 3:13-17  Then cometh Jesus from Galilee to Jordan unto John, to be baptized of him.
But John forbad him, saying, I have need to be baptized of thee, and comest thou to me?
And Jesus answering said unto him, Suffer it to be so now: for thus it becometh us to fulfill all righteousness. Then he suffered him. And Jesus, when he was baptized, went up straightway out of the water: and, lo, the heavens were opened unto him, and he saw the Spirit of God descending like a dove, and lighting upon him: And lo a voice from heaven, saying, This is my beloved Son, in whom I am well pleased.

Mat 4:1  Then was Jesus led up of the Spirit into the wilderness to be tempted of the devil.

Act 18:25-26 This man was instructed in the way of the Lord; and being fervent in the spirit, he spake and taught diligently the things of the Lord, knowing only the baptism of John. And he began to speak boldly in the synagogue: whom when Aquila and Priscilla had heard, they took him unto them, and expounded unto him the way of God more perfectly.

Act 19:1-4  And it came to pass, that, while Apollos was at Corinth, Paul having passed through the upper coasts came to Ephesus: and finding certain disciples, He said unto them, Have ye received the Holy Ghost since ye believed? And they said unto him, We have not so much as heard whether there be any Holy Ghost. And he said unto them, Unto what then were ye baptized? And they said, Unto John’s baptism. Then said Paul, John verily baptized with the baptism of repentance, saying unto the people, that they should believe on him which should come after him, that is, on Christ Jesus.

I would like to take another moment to draw attention to the following verses of 5 and 6 of chapter 19. This is where the faulty translation of the original Greek in the King James Bible takes away from the actual description of what happened with these 12 men that had not received the “Baptism of the Holy Spirit” The verses in Greek reads as follows:

Act 19:5-6 Upon hearing this, they were baptized in the name of the Lord Jesus, even as Paul laid hands upon them the Holy Ghost came on them and they spoke in tongues and prophesied.

The way the KJV has it translated paints a picture that these men went and were water baptized in the name of Jesus and THEN Paul laid his hands on them to receive the Holy Spirit. Take a look~

KJV Act 19:5-6  When they heard this, they were baptized in the name of the Lord Jesus.
And when Paul had laid his hands upon them, the Holy Ghost came on them; and they spake with tongues, and prophesied.

It was by these men receiving the revelation and understanding of who Jesus WAS that baptized them into the name of Jesus thus receiving the empowering of the Holy Spirit by the laying on of Paul’s hands. They had already been baptized into repentance for the remission of their sins, it says so in the verses before it, but it was the BELIEF of these men in Jesus and who He was, that allowed them to be empowered with the baptism of the Holy Spirit. Remember to know and believe who Jesus is, can not be revealed by flesh and blood, but it must be revealed by the Father in heaven, and it’s Jesus that reveals the Father to whomever He has chosen.

Mat 16:16-17  And Simon Peter answered and said, Thou art the Christ, the Son of the living God. And Jesus answered and said unto him, Blessed art thou, Simon Barjona: for flesh and blood hath not revealed it unto thee, but my Father which is in heaven.

John 6:44 No man can come to me, except the Father which hath sent me draw him: and I will raise him up at the last day.

Now back to the subject of “baptism”. Even Jesus didn’t have the full revelation of who He was until He came up out of the water, and the heavens opened up and He heard the Father say this:

“Thou art my beloved Son, in whom I am well pleased.”

Now the belief in what He had heard from the Father concerning His purpose and identity, would be tested as He was led by the Spirit into the desert to be tempted. Remember Satan’s favorite temptation is getting YOU to disbelieve what the Father has said concerning YOU. This is the trial by fire that refines us and strengthens us to fulfill the will of our Father in heaven.

1 Peter 1:7 That the trial of your faith, being much more precious than of gold that perisheth, though it be tried with fire, might be found unto praise and honor and glory at the appearing of Jesus Christ:

Rom 2:7 To those who by perseverance in doing good seek glory, honor, and immortality, He will give eternal life.

1 Peter 4:13 But rejoice that you share in the sufferings of Christ, so that you may be overjoyed at the revelation of His glory.

James 1:3  because you know that the testing of your faith develops perseverance.

1 Cor 3:13 his workmanship will be evident, because the Day will bring it to light. It will be revealed with fire, and the fire will prove the quality of each man’s work.

1Cor 1:17 For Christ sent me not to baptize, but to preach the gospel: not with wisdom of words, lest the cross of Christ should be made of none effect.

Rom 6:3-4 Know ye not, that so many of us as were baptized into Jesus Christ were baptized into his death? Therefore we are buried with him by baptism into death: that like as Christ was raised up from the dead by the glory of the Father, even so we also should walk in newness of life.

So in conclusion; we can see that one must first understand our need to be delivered from our sin before we can have the Father reveal to us His Son, to receive the forgiveness of our sins, and then it is by the empowering of the Holy Spirit that the Son reveals to us the Father and emboldens and empowers us to fulfill His will.

I believe that I have pointed out by scripture alone that there are 3 distinct “baptisms” that one must understand and receive to successfully fulfill the will of our Father in heaven.

The Baptism for the remission of sins

The Baptism of the Holy Spirit

The Baptism by fire~ the trials and testing of your faith.

What is baptism by fire? It is the trying and refining of what you say you believe. Only after every question has been posed in opposition and every insecurity has been exposed by trial and every area of shame has been revealed by error, will you see what remains and still stands in your belief. That which is burned up, was meant to burn up but that which remains shows what you really think and believe. This is baptism by fire.

This article was not to debate doctrines or the dogmas of men, but to shine light upon what the Bible says concerning the matter of “baptism”.

I pray this article will peak your curiosity to study to show yourselves approved of God, workmen that need not be ashamed, rightly dividing the Word of Truth.

God Bless you all,

Be Free and Set Free in the Name of Jesus!